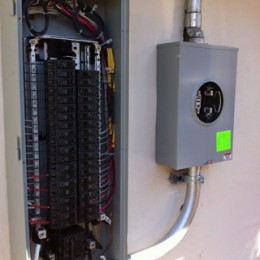 Craftsmanship and Customer Service are top Priority at HESOLAR

Electrical Panel Service may be required when a large solar photovoltaic system is interconnected. The National Electrical Code (NEC) requires that the solar breaker and main service breaker not exceed 120% of the electrical busbar. If the NEC requirement becomes a problem, an electrical panel upgrade is needed to bring the electrical system to code. 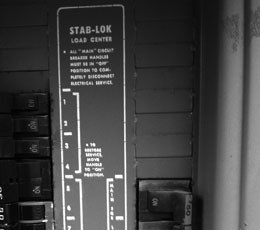 Fed Pac Breakers may have red handle tips as well.

Zinsco/Sylvania Electrical Panel – HESOLAR strongly suggests replacing Zinsco electrical panels in your home and business. Besides being old equipment, Zinsco electrical panels and breakers are potential fire hazards. The breakers have a fail rate of 25 percent and have bus connection issues. Zinsco breakers also have arcing issues between the contact plates of the breaker and the electrical bus of the panel. Zinsco was also widely used in the Greater Austin Are during the 70s and 80s.

HESOLAR recommends replacing your electrical panel, regardless of the manufacturer, if the electrical equipment is old in age, shows signs of corrosion, or has been damaged by nature or malpractice. 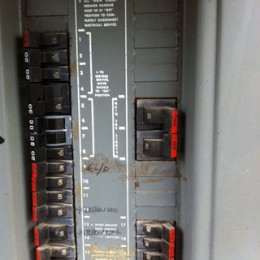 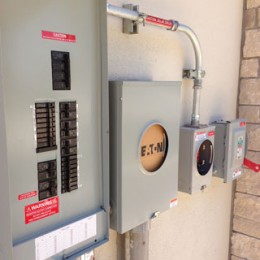 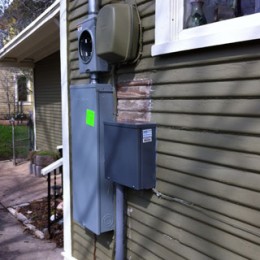 Tom Hoffman next to a subpanel 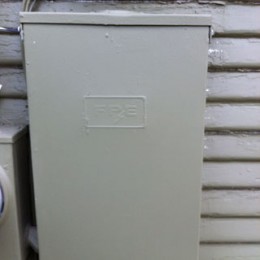 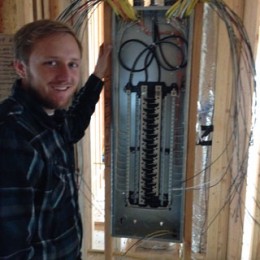 Eric Hoffman next to a subpanel

Ready to Start? Get a FREE Quote